The ‘ghost’ of the Azure Window? 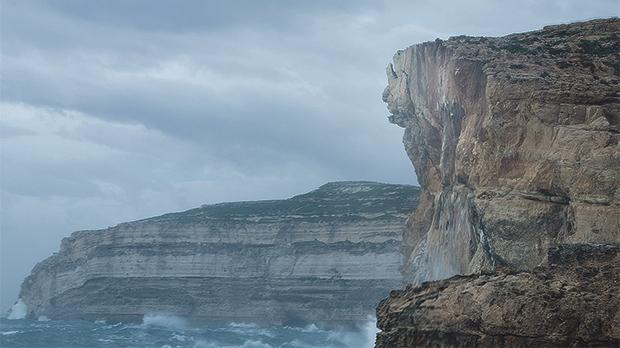 Has the collapse of the Azure Window revealed another startling geological attraction?

The steady stream of Gozo holidaymakers visiting the former site of the Azure Window at Dwerja have noticed something apparently left in the wake of its collapse. Social media has been bubbling with the news of a face which appears to have been left in the cliff face recently vacated by the rock archway. Dubbed “the Azure ghost”, the formation clearly resembles a face looking out to sea. And as the Times of Malta reports, some have gone a step further, comparing the visage to 1950’s Maltese prime minister Dom Mintoff (which makes this Gozo’s very own Mount Rushmore, doesn’t it?) There is just one slight fly in the ointment. Images from before the collapse show the face was there all along. It’s just that no one appears to have noticed it until now. Still, it’s good to see that there remains a clear geological reason to visit Dwerja on your next Gozo holiday. Ready to book? Explore the best choice of Gozo villas and farmhouses here. *photo courtesy of Times of Malta.